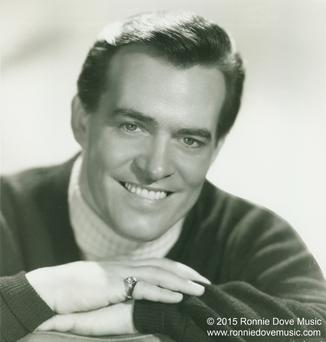 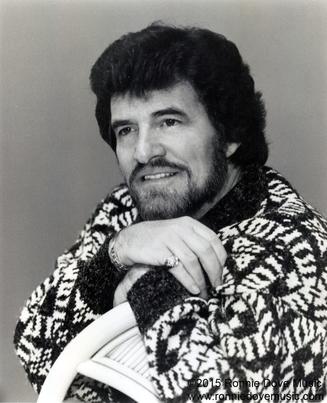 When nationally acclaimed recording star Ronnie Dove emerged on the music scene more than 50 years ago, he and his manager purposed that if Ronnie could build a solid nightclub reputation and consistently produce hit records, he would be a star with an enduring future.

Despite his natural "boyish" good looks and charismatic stage presence, Ronnie didn't believe in positioning himself as a teen idol like many of his contemporaries of 1964 - the year he released his first chart-buster, "Say You". Yet, ironically, it is these teenagers, who now as adults, continue to reminisce over other such nostalgic classics as "Cry" and "One Kiss For Old Time's Sake", and who anxiously await his return to the charts.

Since his very first public appearance in a grade school play singing "Away in the Manger" in his hometown of Herndon, Virginia, Ronnie heard the roar of applause and knew he was born to perform.

He later honed his vocals and musical proficiency as a four-year member of his high school glee club. After graduation,, he joined the U.S. Coast Guard and was stationed on a buoy tender off the coast of Baltimore. It was during these four years that Ronnie became a burgeoning pop performer, singing Elvis covers in local pubs on his evenings off.

After completing his duties with the Coast Guard, he returned to Baltimore and formed Ronnie Dove and the Belltones. The group devoted the next four years to playing the club circuit as often as seven nights a week.

In the spring of 1964, Ronnie broke from the band and headed to Nashville. Shortly thereafter, he recorded "Sweeter Than Sugar" which would become his first single on the Diamond Record label. A fitting title, "Sweeter Than Sugar" characterized his rise to stardom which began with a subsequent string of hit singles including, "Say You", "Right or Wrong" - which was his biggest success - and "Little Bit of Heaven".

Considering the climate of the record industry in the mid-60's with the British invasion and the Motown sound, Ronnie's success was doubly impressive. He went on to produce 23 consecutive regional, national and internationally-charted top 10 records and packed venues throughout North America.

During the following ten years, Ronnie was either in the studio, touring or debuting on prestigious radio and television shows including Mike Douglas, Merv Griffin and American Bandstand. His most notable appearance was on the Ed Sullivan Show in 1967.

With the growing popularity of disco music in the mid-70's, Ronnie took a well-deserved and needed rest. He bought a home and a nightclub called The Carriage House in Augusta, Georgia and pursued his second love: golf.

By the early 1980's, the nationwide resurgence of the "golden oldies" sound prompted Ronnie to come out of retirement. Touring again and sounding better than ever, Ronnie was filling venues with more than 5,000 fans per show.

Then in 1989, he was dealt a shocking blow. His mother, who had been his most devoted supporter through the years, was diagnosed with two aneurysms and given only three to six months to live. Ronnie again took time off from his career to care for her. His mother lingered on for another two years with Ronnie by her side tirelessly. After her death in 1991, he again started to tour throughout the United States and Canada. Music seemed to be the only thing to keep him going.

Ronnie is still entertaining fans today. He performs mostly around the Baltimore, Maryland area, where it all started for him, and where he makes his home these days. Singing songs ranging from his hits of the sixties and seventies to other country flavored tunes from his most recent albums, the fans still keep coming. There are lots of baby-boomer fans from that era, as well as younger fans who can't get enough of this terrific talent.

Although his good looks have matured, this veteran performer hasn't lost his voice, enthusiasm, or his public appeal. He still still makes every lady feel that he is singing just to her.

In 2015, Ronnie Dove celebrated his 60th year in music and he's still going strong! You can purchase all of the great recordings Ronnie has made during his entire career right here on the Ronnie Dove Music website! 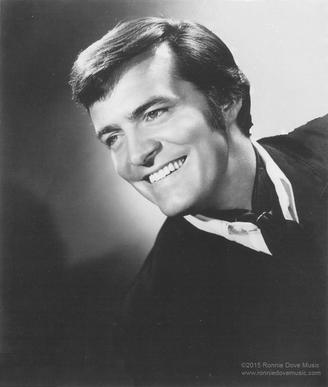 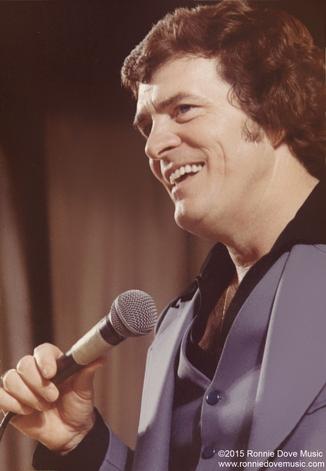